Help I dropped my toroise

Hi, to start off I about 2 months ago I adopted about a 25 year old sulcata tortoise. I live in central Arizona and I've read up a lot about them getting some conflicting information. the temperature this year hasn't got below about 55 at night yet but these past two nights have gotten to about 40 degrees. So I built him a 3 foot by 3 foot by 2 foot high den out of wood. The first night me and my brother moved him into the den because he already declared "his sleeping spot" in the yard but it was not warm enough. once in we covered his rear and body with about 6 inches of hay. We made sure to leave his head area uncovered though because I not to sure if him inhaling the little hay fibers could be hazardous. We needed a more permenant solution for heat though so we went out and got a heat lamp and bulb, since the den was only 2 feet high we couldn't use it though as it would have reached 100-110 on his shell being that close. So I went to pet smart and got two heat rocks that reach about 85-95 degrees and buried them in the soil a little to disperse the heat. So last night my brother wasn't home and I needed to move him in because it was going to be about 40 degrees at the coldest. I tried moving him myself when I tripped and didn't drop him but more of a assisted decent from about a foot high. I cut my knee on a cinder block and had to get 7 stitched but didn't even realize at the time because of shock and I was more worried about him. I know I need to figure out a more permanent solution of moving him. this morning I was out there for about 30 minutes watching him and seeing if anything was out of the usual. He ate just fine and was grazing as usual. There does look like there is a little bruise on his cheek though. Also I would really appreciate it if you guys could tell me if you think this is a good home for home. I feed him everyday and even planted grass (which I didn't have before) so he could eat on his own if he wanted to. I've been feeding him a large variety of leafy greens as well as the ocational tomato for a treat.also today I got him a pumkin as a treat because I heard they love them. Any insight into his condition or if you think I need to change things im doing or if you think they're are things I need to fix would be greatly appreciated. I realy love him but wasn't sure if I am giving him proper care. Any insight is greatly appreciated.
T

Also does anyone know if the heating im providing is adequate?

I’m sure @Tom will come along soon & provide you with some advice, in the meantime, here is what you should be spending $$ on..

Info from a previous Tom posting

Where they come from, there is no "winter" as we know it in North America. Even in the warmer areas like yours and mine, its simply too cold in winter here. Ground temps where they come from hover between 80 and 85 all year. Cold days over there in Africa are in the high 80s to low 90s above ground. Here in North America in areas like yours and mine, ground temps are 80 in summer and 50 in winter. Its is important, and arguably necessary to let them burrow in summer to escape the intense heat above ground, but its too cold down there for the other 6 months a year. I open their burrows, or let them dig new ones, in May or June, and block them out of their burrows and make them use their warm night houses right around late October every year.
Good luck

7 stitches. dang. Sounds to me like he is fine though. The worry would be a cracked shell, but that is highly unlikely from a foot. My climate is very different, so I have nothing to offer there. Hope your knee heals up quick.

I don't know how large your tortoise is, so this suggestion may not be useful, but I use a plastic grocery basket when I need to carry my tortoise. I carry it with one hand while keeping it low to the ground in case I trip on something. It looks somethihng like this: 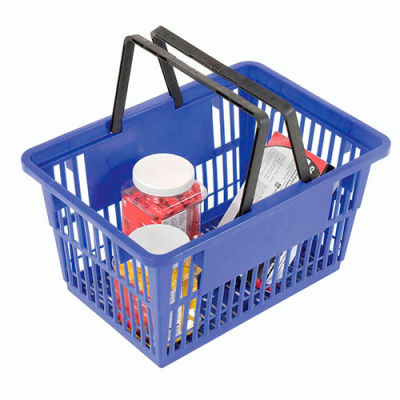 Tonyclark918 said:
Also does anyone know if the heating im providing is adequate?
Click to expand...

How are you guys making out?
You must log in or register to reply here.

I think my male tortoise is sick, please help.
2

T
I am worried about my new Hermann's tortoise

B
Save me from the Pet Store

I think my male tortoise is dying
2