Just got this one; purported to be 4 years old. Any thoughts as to the sex? 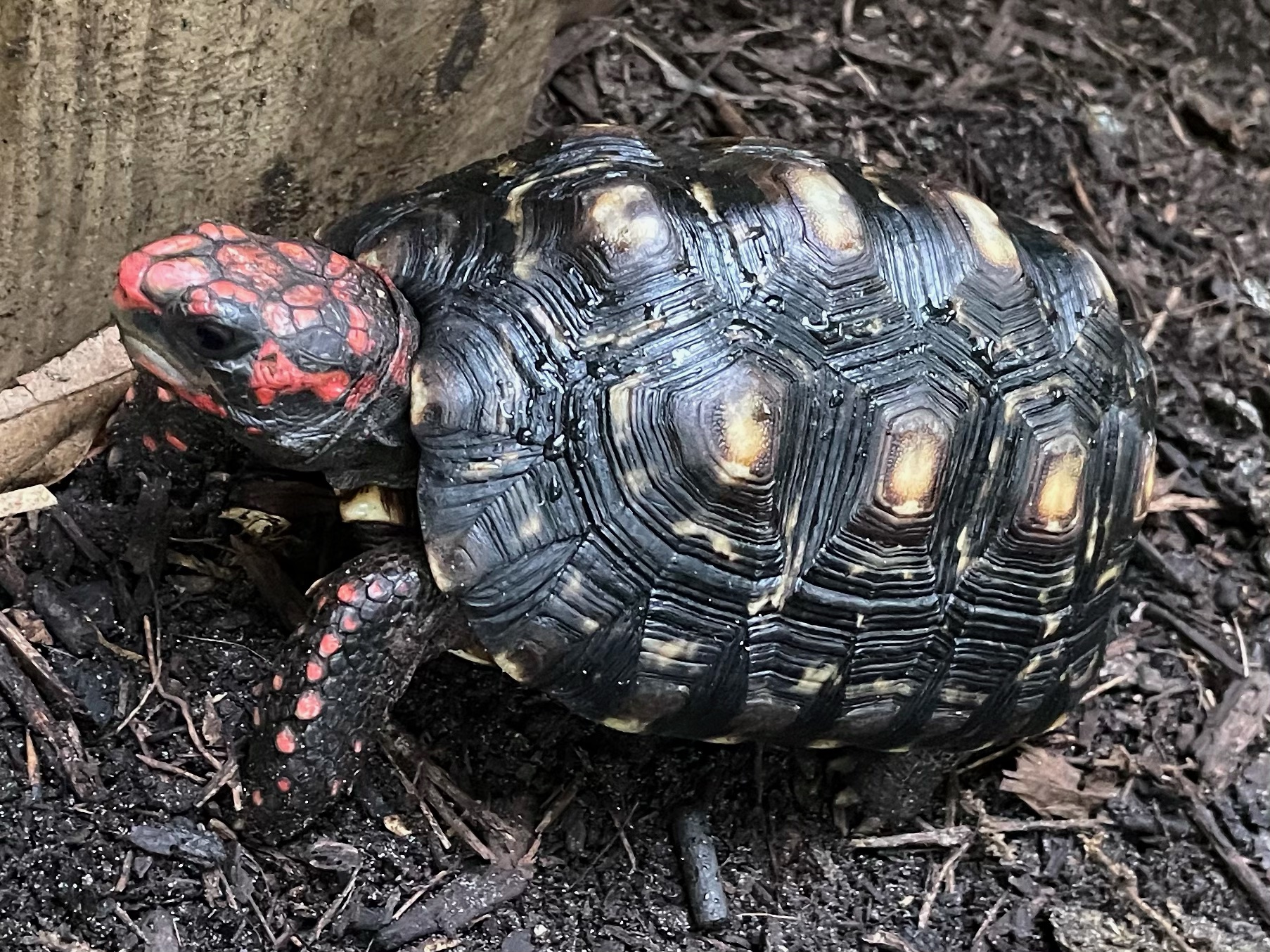 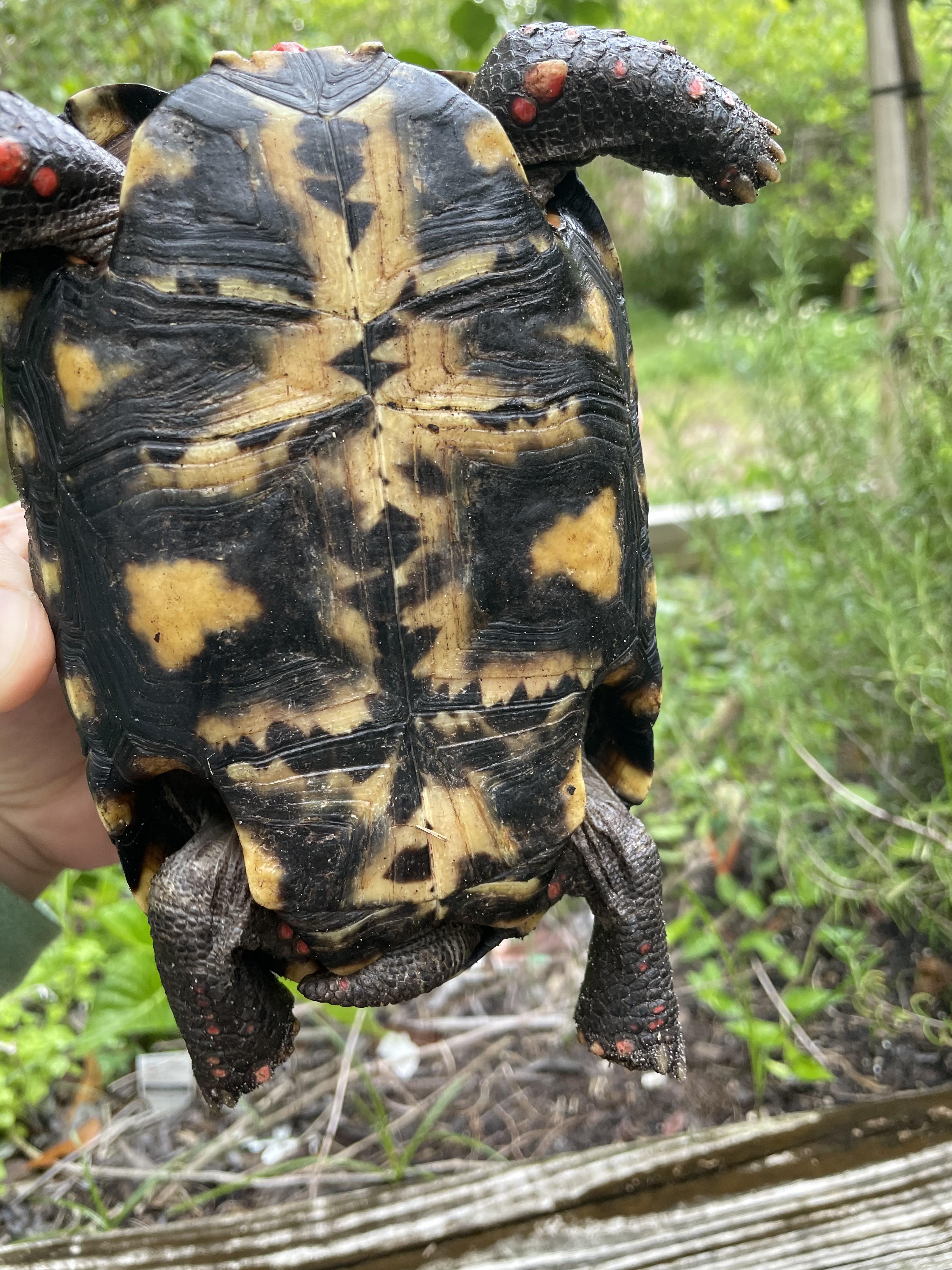 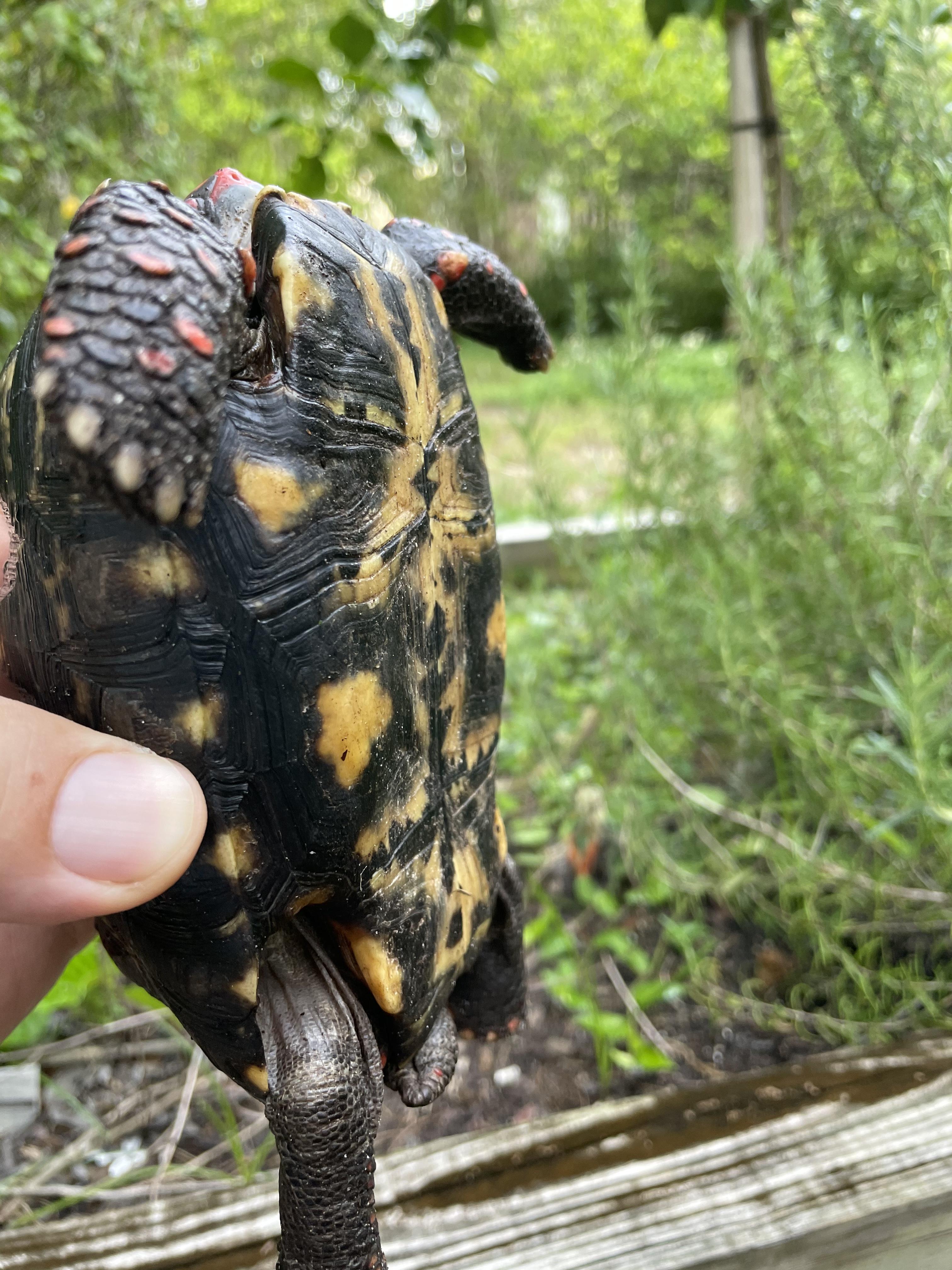 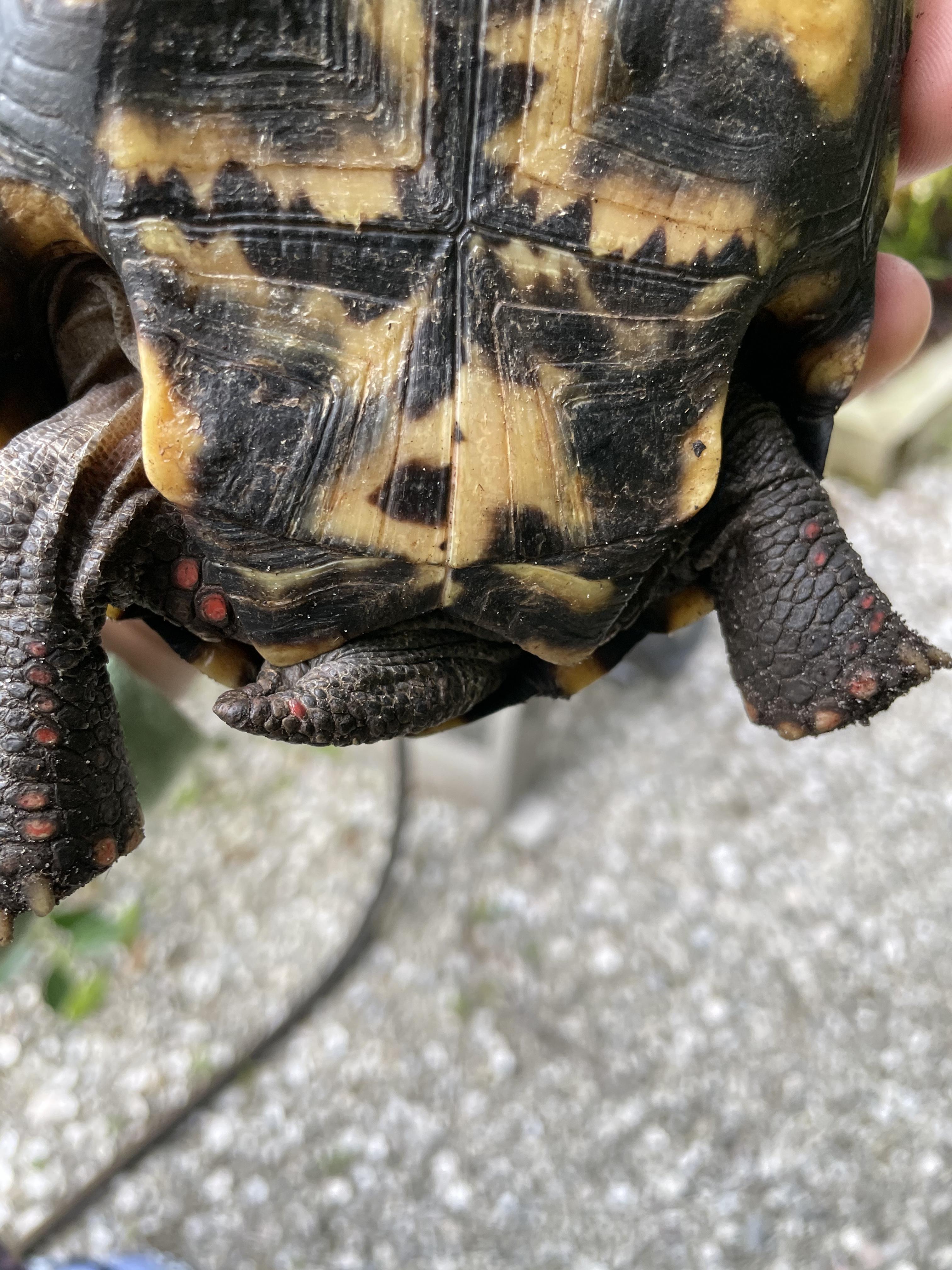 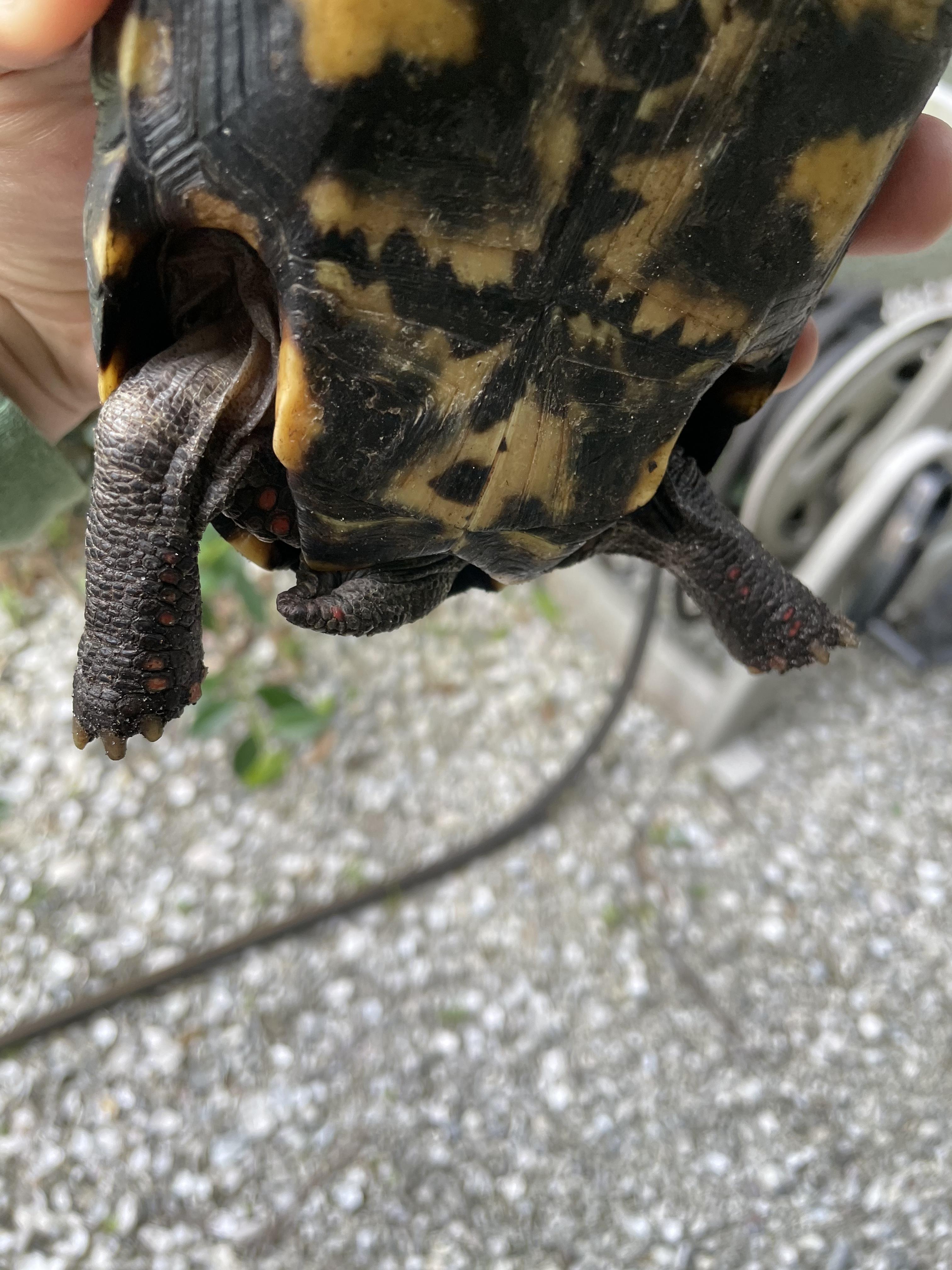 When I dropped it in with my creep of 5 year olds consisting of 1 male/4 females, the established male--who up to now has shown indifference to the females and keeps to himself--kind of freaked. out. Is this bullying, and is it a clear indicator that this new specimen is a male?

I think that's a young male.

This time I do too.
But not because of the bullying.
I have a female that is the boss of my group.

I read that a female has an * and males have a / . I don't know if that's true of all tortoises but I agree with everyone. Also with a male Russian the tail is longer and slants to the side like yours.

It's a male, so I will say the same thing I said yesterday in your other thread:

"The new one looks like a male to me. Your original male is probably exerting his dominance. You might want to separate the six animals into two groups of 1.2 each.

To encourage breeding (if that is your goal), you can rotate the females from one male's "territory" in to the other every so often."
You must log in or register to reply here.

A
Males or females?