Found a quail chick. Any suggestions?

So a quail nested in one of my Large terra cotta planters. Hatched 8 chicks like 5-6 days ago. 3 days ago they vacated the nest and we saw them in the front yard under a ramp we have. Have not seen them since. Yesterday and the day before I heard a chick chirping but could not figure out where it was coming from. So I have been watering my garden every night pretty heavy… and last night I spotted the chick in another pot near the one tbey nested in! Pretty bad shape as I have been watering it… seems to have a bum leg? IDK its maybe a week old… put it in an aquarium with some hides, clippings from the plant it hatched in, bamboo paper towels, and an infrared heat lamp (i have a snake so I have extra). I know not to force feed it, keep it warm, only provide small water so they don’t drown. Cut up some meal worms and hard boiled egg and set in there…. Going to get poppy seeds and the hand warmers to put in the aquarium. Been getting info from this http://www.seenature.org.uk/wp-content/uploads/2015/02/If-you-find-a-baby-quail.pdf

will post a video. Any suggestions?
@Yvonne G
@maggie3fan
@KarenSoCal

When I brought the chick in last night it was laying limp just breathing and soaking wet. After like 30 mins I put the infrared on and 20 mins later it was up.
https://youtube.com/shorts/spWBbpkB2-o?feature=share 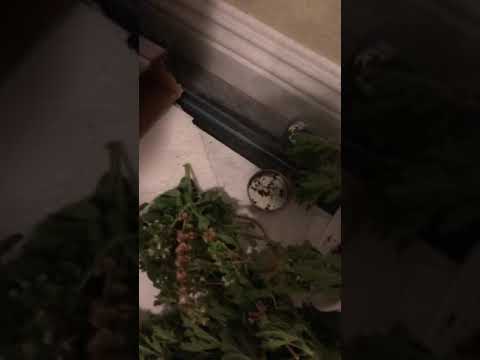 I'd pattern care on domesticated species: COTURNIX QUAIL (JAPANESE QUAIL) REALLY ARE A BRILLIANT BIRD FOR ANY SMALLHOLDING OR HOMESTEAD. Firstly, there are the fabulous eggs they lay. Initially I didn't think these would have much use - after all, I have 30 laying hens. Why would I need MORE eggs? But customers LOVE

Learn our tips for raising coturnix quail, one of the fastest and easiest to grow poultry options available. From egg to meat/egg is 8-9 weeks!

@wccmog10 knows about quail. Lets see if we can get him to comment.

For food it needs chicken lay mash. Get that from a feed store.
W

For food you want to get some sort of a crumble feed. Ideally you’d be able to find a game bird starter with 30% protein (roughly). You can get some feeds at tractor supply, but they don’t all carry the same stuff. If needed you can take that food and grind it up further to make it easier for the chick to eat it. Sounds like you’ve got the water right, they need some sort of shallow dish where they can dip their beak in, but not be able to drown. For the enclosure you can use just about anything. They need the heat lamp for several weeks, but they still need to be able to get out of the heat. I’ve used large Tupperware totes and cattle/stock tanks. You want to make sure whatever you use is big enough so that the whole thing isn’t 1000 degrees. For bedding I use wood chips, the larger flakes, not the shavings ( also at tractor supply). Let’s just say that baby quail are not the smartest. Lots of people say that they are looking for ways to die as soon as they hatch. Coturnix quail are the easiest to raise, which is why that’s what’s used commercially. I don’t know what species you’re dealing with here, but generally speaking I think care is fairly similar among species.

I'm so glad knowledgeable members have found this thread! I love watching the quail that come around my house, especially when all the little chicks run along with their parents.

My suggestion would have been to take it to a wild bird rehab, but it seems you're doing a great job with it!

Thanks all. The chick did not make it. I was able to offer the chicken mash but was not interested. Not too active. I also read that chicks are constantly trying to kill themselves… I agree to some point. When I found this chick in the Aloe pot it was attempting to shove its head into the plant/dirt. Then that tiny bit of water I offered.. well I found it laying and gasping in it! So the loss possibly could have been prevented by me if I would not have left the water in there unsupervised… but it did not have a good start in the first place

it did not walk again after water incident and died this early AM. If this happens again I’m leaving it in the pot and setting in a safe place. Thanks again guys!

So sorry he didn't make it.

sorry your little one died. But really I figure you found it late and still tried everything you knew. God bless you for trying despite the odds.
You must log in or register to reply here.

A
Needing to rehome, any suggestions of safe ways to do so?

Sep 15, 2021
Tortoisebreeder
T
V
I found my tortoise on its back and now it's no eating at all