OMG!!!! I was just feeding my little guy Nougat his first full blossom and I was snapping pics to post here. Then went to give my outdoor guys some and as I came down the stairs I saw something drop off one of the rocks on the inside of my pen. It was LOUISE, she has been gone for months and I was positive I lost her. You hear stories here of folks who have searched their pens etc and the have them show up months/ years later. Well heres another one. Terry you said it to me and I said it to you. My pen was picked clean!!! and this girl is back!!!! I brought her in and am soaking her now, she was caked with dryed on dirt. I had to scrubb off her. ANd then my son (14) says, I guess what you'll do next? and I said what, he goes your going to go on your tortoise site aren't you?? I said Yes they care!!!!!
Thanks you for giving me hope, I had definitley given up. Keep the faith. I will post some pics of Nougat later. Louise deseaves the spot light. This pic is 5 minutes after her return home,just minus the dirt.
Just don't know, should I put her back in the same pen. Well I guess it's safe.
Na

Congrats on the safe return!!!!! You must be sooooo....excited! Love a happy ending.
K

Yaaayyy Good news. I am very glad you found Louise

Yes it is very exciting!! My hubby came home and I was so happy. I said you'll NEVER quess what just happened>he says, you found your turtle. I was like, yes yes yes, and he said jes that was way in the spring..
. I just don't remember the date. I wonder if you can get old posts looked up?
I would have lost that bet..
na

Oh Na...I'm sooooooooooooooo happy for you. This gives me new hope for finding Izzy. All this time and all the searching you did. I am so happy for you that I am tearing up here....I just don't understand why these guys leave when they have it so good right here with us..

It's just they think the grass is always greener!!!
NA

Nay said:
Yes it is very exciting!! My hubby came home and I was so happy. I said you'll NEVER quess what just happened>he says, you found your turtle. I was like, yes yes yes, and he said jes that was way in the spring..
. I just don't remember the date. I wonder if you can get old posts looked up?
I would have lost that bet..
na
Click to expand...

NAY, I found your old post by clicking on your name, then "Find all threads"

Awwww! What hope can't do!
M

This is exactly why I tell people to not give up...I am so glad for you!!! She took off in May...

Louise is adorable. I'm glad to hear that she decided it was time to come back to you. Happy stories always welcomed here.

I cant wait for myself to have this story. You gave me a little bit of hope
T

Woooooo hooooo what awesome news Nay !!!! I am so chuffed to hear Louise is home safe & sound !!!!
G

Oh that is wonderful... 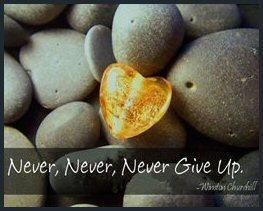 Great news I am sooooooo Happy she finally turned up. Must have known winter is coming

Please Robyn, we finally got a summer here. (TOO HOT for me) I'll take fall, but let's not mention winter just yet!! My son goes to school Aug 27, so yes summers over!!

Thursday at 4:26 AM
Eryl Rayner

A
Is this normal? A new Russian owner needs a Tort Whisperer
2 3

Rehoming one of my wood turtles